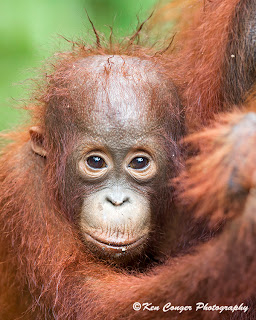 As a child, I was mesmerized when seeing my the first Orangutan with their beautiful reddish color and human like behavior.  So, the Orangutan was certainly on my bucket list of animals to see and hopefully photograph.  To view these animals in the wild, there are only a few parks in the world that offer opportunities.  One of those parks, Tanjung Puting National Park, has one of the highest densities of Orangutans in the world.  We were met in at the airport by our guide and transported directly to a Klotok, which is the traditional wooden boats used by the locals for jungle safairs.  We spent over a week touring in the jungle from this boat and stopping at known viewing locations.  As you can see the images captured of the mother and young were very special. 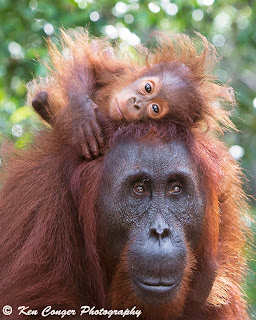 The below image turned out to be extraordinary.  When looking at the eyes magnified on the computer, you can see the reflection of the jungle. 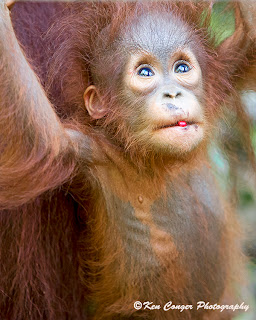 In the below photograph, the female allowed a close approach with a memorable position by the baby. 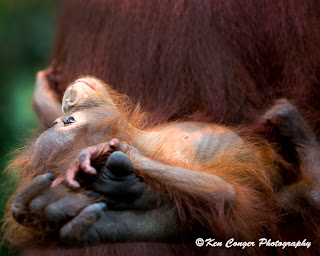 As you can see the stoic alpha males had very interesting faces. 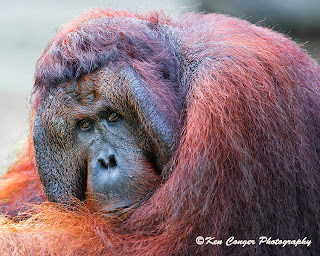 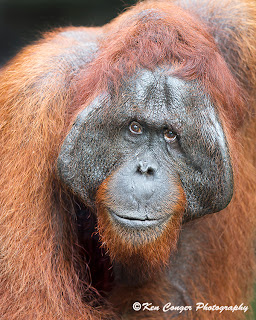 Another monkey observed on the trip was the Proboscus.  You can see by it's pronounced nose, it is named appropriately. 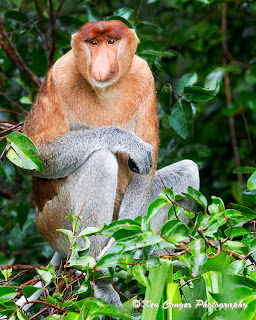 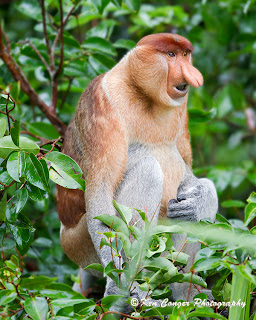 Lots more images over on my web site if inclined to visit.  Blue Skies.

Promote Your Page Too

Those who dwell, as scientists or laymen, among the beauties and mysteries of the earth are never alone or weary of life.
-Rachel Carson

"A true measure of a man is the size of his telephoto lens."
- Ken Conger

All the images on this site are certainly for your viewing pleasure. Please keep in mind though, they are the sole property of Ken Conger Photography. Some may tell you different, but all the images are protected by the U.S. Copyright Laws. They shall not to be downloaded or reproduced by any means without the formal written permission of Ken Conger. Thanks in advance for respecting my work.